Globally there a wide variety of approaches to pill testing or drug checking as it is sometimes known. In general, the choice of equipment is a balance between three elements – how robust it is, how fast it is, and how accurate it is.

Currently in the ACT, our drug testing is undertaken using the Fourier-transform infrared spectroscopy (FTIR) using an ALPHA II machine. In addition to it’s technical appropriateness using FTIR provides pill testers with a level of legal protection as it removes the issue of contact with illicit substances by those conducting the test.  As pill testing expands and authorities become more comfortable with the concept more detailed analysis will become possible.

Infrared spectroscopy (IR) is a presumptive test able to quickly identify ingredients by comparing the spectrum of the substances with known spectra in a library/ies.

IR is a highly discriminatory method and Harper, Powell and Pijl (2017:6) conclude that ‘when reference spectra it requires only a very small sample size in the range of milligrams or less. Additionally, samples can be studied in virtually any physical state…’. The World Health Organisation has stated that ‘infrared spectrum is not usually greatly affected by the presence of small quantities of impurities in the substance tested’ (WHO, 1997). Interference from moisture can occur but as the samples were being tested immediately this was regarded as a low risk. Importantly, samples required little preparation, so this eliminates ‘the possibility of sample contamination during sample preparation’ (Monit, 2007).

Test results are assigned to one of three outcomes. ‘Red’ results (drugs associated with increased harm/multiple overdoses/death) and some ‘yellow’ (disparity between result and patron expectation) and ‘white’ results (consistent with patron expectation) are displayed for all patrons, on similarly coloured pieces of paper, pinned to a notice board to alert patrons of what may be circulating.

Patrons are advised of the amnesty bin in which they could discard their drugs should they choose to do so. 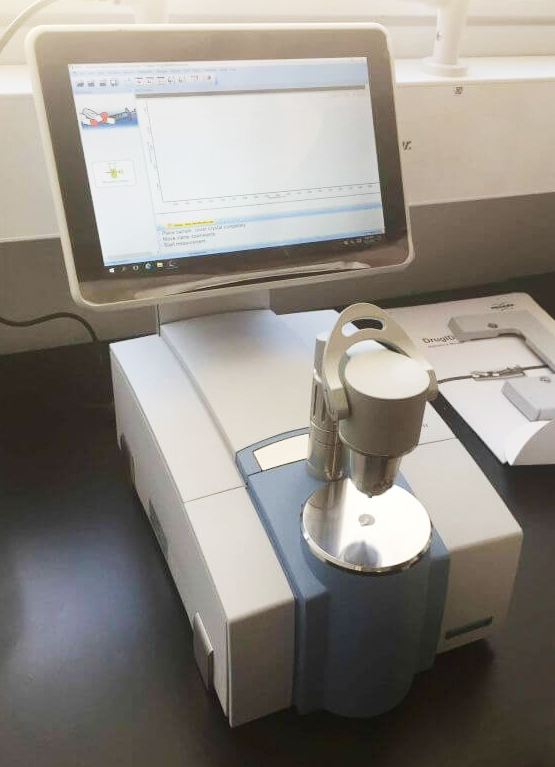 Currently, with the technology we use, we can: