What is ‘drug checking’ and why do we need it in Australia? 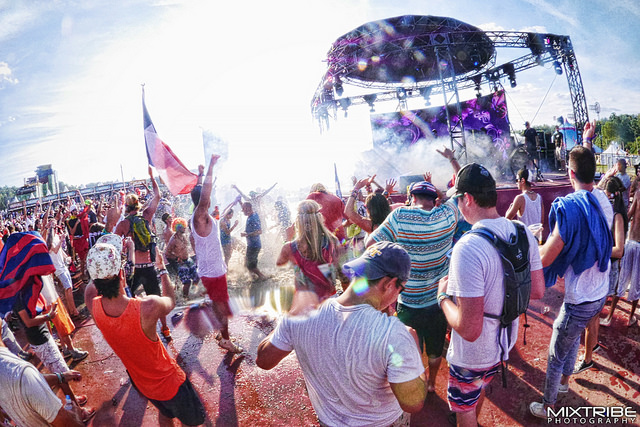 This weekend saw the tragic death of a young woman after she took an unidentified tablet at the Stereosonic music festival. Drug-related deaths of this type are not uncommon in Australia, and this raises the question of whether our approach to harm minimisation needs reform.

Ten years ago the Australian Medical Association passed a resolution backing research on testing illicit drugs in Australia to see what they actually contained, in an attempt to reduce consumption, overdose and death.

Previously called “pill testing”, “drug checking” gives a consumer the opportunity to know what is in their product prior to consuming it. It also allows alcohol and drug researchers to access what is largely an invisible cohort of functional consumers.

Its origins lie in the European dance music scene, with the emergence of counterfeit and contaminated pills. Consumers often feared something in the products they were consuming could be dangerous to them. But with no regulation, there was no way to find out.

A decade ago, when we conducted research at the Enchanted Forest “raves” in South Australia, that was what we were concerned with too. But a decade is a lifetime in drug-market years. We are now faced with the most dangerous drug market in years.

Novel compounds previously undescribed in human toxicology, and MDMA (methylenedioxy-methamphetamine, or, ecstasy) of a purity and dose never seen before, are all available through the internet and untraceable cryptocurrencies. From what I’ve observed as an emergency physician, this has been one of the worst starts to the music festival season ever, in terms of harm from overdoses.

Drug checking as process and intervention

One of the best examples of a drug-checking program is in Zurich, under the banner of “Saferparty”. In conjunction with University of Bern, researchers bring a shipping container of state-of-the-art forensic equipment to one of the largest dance festivals in Europe, Street Parade.

Knowing what’s in the drugs is just as important as talking to the people taking them. Chris Breikss/Flickr, CC BY

Setting up in the early hours of the event, forensic chemists, doctors and teams of experts are ready to test drugs in their mobile laboratory. Chemists are looking for drugs they know to be particularly dangerous, or drugs in dangerous doses.

Patrons queue up from the time the doors open to submit a scraping of what they intend to consume during the day. Law enforcement are aware and tolerate the program, acknowledging its benefits to public, and the fact that they will also have access to a de-identified data source that would have otherwise been unavailable to them.

Festival-goers are provided with a unique code that corresponds to their submission, and then wait for their results. This can take 20-40 minutes, in which time there is ample opportunity for a dialogue between consumer and tester.

Attendees are frequently functional users, meaning their drug use is not problematic and does not prevent them from leading a normal life. This means they’re otherwise invisible to routine survey techniques. While many might think establishing the identity of the drugs is reason enough to conduct drug checking at music festivals, it is this opportunity for dialogue that presents one of the most compelling justifications for this sort of program on-site.

At venues where drug checking occurs, we see patrons modify their behaviour, and mitigate potentially more dangerous behaviour that might result in harm. In our on-site labs from the early 2000s, as many as two-thirds of those surveyed wouldn’t take their drugs if they found them to contain something other than what they were expecting. There are few other interventions that demonstrate this strength of effect in this environment.

This has now been rolled out across dozens of European countries, and has its own best-practice guidelines.

Why not in Australia?

There have been many opponents to drug checking in Australia over the last decade, largely from conservatives from the Howard-era “tough on drugs” movement.

Some arguments are philosophical, such as the charge that it sends “the wrong message” to users or wider society. This was articulated in the mid-2000s by then Minister for Ageing Christopher Pyne, who stated at the time that I, along with other supporters, were part of:

… a long line of medical people who treat drugs as a health issue, rather than the self-harm and criminal offences that they are …

and that pill testing represented:

… dangerous views, which if allowed to become mainstream, would undermine the government’s policy of being tough on drugs.

There are those who feel the process underscores some sort of capitulation in an already failed War On Drugs. On the contrary – by providing a medical and toxicological context, we can “nudge” the behaviour of consumers in a far more persuasive manner than by the mere threat of criminalisation. In their eyes, the law is something to be eluded; death and permanent impairment is a much more serious prospect.

Against the charge that it might encourage drug consumption, we would agree – if it was our plan to deploy the intervention outside supermarkets, or primary schools. But the intervention deliberately targets the highest of the high risk, the venues where patrons have already chosen to consume illicit drugs. It’s not possible to encourage them any more – only to persuade them to moderate their ways.

At no stage are users ever advised that what has been tested is “safe” – the only way to be completely safe from drug-related harm is to not take drugs.

Prime Minister Malcolm Turnbull has called for a “nimble”, “imaginative” and “innovative” Australia. We applaud this, as it’s precisely what we will need if we are to stop more avoidable deaths at dance festivals this season.

original article can be read here >