The Rejection Of Drug Testing Is A Hard Pill To Swallow

It is a case of the demand for perfection stifling any progress. 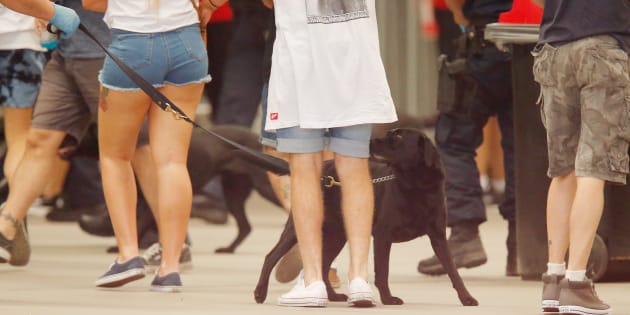 In their efforts to defend the ‘just say no’ approach to pill testing, government officials often highlight what they believe is a major problem. Basically, that there is the potential for a misunderstanding of the results by individuals because pill testing cannot provide a full individualised statement on the exact physiological effects the chemicals will have on the person taking the drug. Something that is not possible to do without a full medical history and examination.

However, while criticising comprehensive testing regimes because they don’t include a full medical assessment for every person, they allow the availability of less reliable do-it-yourself pill-testing kits. Apparently it is more acceptable for safety conscious people to buy a less reliable alternative than to have access to a properly regulated pill-testing regime operated by public health and welfare officials — many of whom would gladly volunteer their time to prove the case.

It is a case of the demand for perfection stifling any progress.

We tragically saw the loss of young people’s lives from overdose during the 2015 festival season. The tragedies prompted many to ask the obvious question — how do we make sure this never happens again? Or, perhaps more realistically, how do we reduce the chances of this happening?

The response of the public health community, youth advocates, festival organisers and many others was an evidence-based and pragmatic one. It involved a call for the introduction of pill testing or drug checking, as it is also known. It’s a harm-minimisation response that has been effectively operating for years in many countries around the world.

Instead of supporting a pill testing trial, many governments publicly focused on a view that it would send the wrong message and there should be more sniffer dogs and police at the festivals, even going as far as threatening to shut down festivals. One has to wonder what message we send to people when we say that we would rather arrest you and have you risk overdose than make sure you are safe.

Arguments that pill testing would serve to support the drug dealers’ business model are also repeated as an excuse for the rejection of pill testing. Again, the evidence is ignored. One of the consequential outcomes of existing pill-testing regimes around the world has been a consumer-led safety movement on the quality of drugs being sold and consumed.

As is the case in most markets, information became a powerful consumer tool. Poor test results quickly put sellers on notice to make their products safer. It also gave cause for more thought by the people taking the drugs. More importantly, existing pill-testing programs typically offer a range of support services that extend well beyond testing drugs. The effect is not dissimilar to the engagement we see at needle and syringe programs and drop-in centres where people have an opportunity to talk about their drug use and other issues with health and welfare professionals. For many, it is their first engagement with these professionals and services and an opportunity to receive information about how to minimise risks and be educated about what the test results mean.

If it is one of your children or family attending a festival and considering taking a pill, which would you prefer; an engagement with health professionals, or reliance on an over-the-counter or internet-ordered test kit?

Everybody wants to ensure that people attending festivals and other events return home safely. Parents, if asked, would prefer that their children didn’t take drugs, but many would also understand that youth risk-taking and experimentation occurs despite our best efforts and fears.

We all know that there is no magic solution to eradicating drug use from this world. Drug use has always occurred, and always will. What the punitive approaches have achieved to date are more people being caught up in the criminal justice system, bigger profits for organised crime and a scale of global political corruption we struggle to comprehend.

How governments respond to the public becoming increasingly aware that less reliable pill-testing kits are already legally available will be an indication of how important they believe it is to reduce the vulnerability of our children to the dangers of unsafe drug use.

By Gino Vumbaca President and co-founder of Harm Reduction Australia