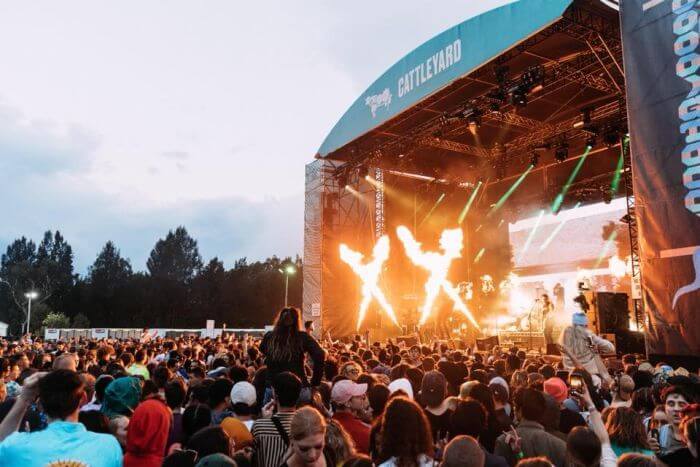 Pill Testing Australia have released a detailed operational report on the second Australian pill testing pilot conducted at Groovin The Moo in April and are calling on state governments to support their service Australia wide.

The report shows that the free service for consumers tested 170 substances for 234 participants, twice the number tests conducted at the first pill testing pilot a year earlier. Seven dangerous substances containing N-ethyl pentylone were identified, with patrons being alerted to the dangers of the substance. On learning about the potential harms from the substances they possessed, all patrons used the amnesty bin to discard them rather than consume the substances as previously planned Emergency Medicine Consultant Dr David Caldicott oversaw the clinical team at both pilots in Canberra and said the overarching aim of the second pilot was to provide a health service to reduce the harms associated with drugs and to broadly diminish the health, social and economic costs of drug use. “Pill testing services offer a unique and efficacious opportunity to engage with young people and effect positive behavioural change to reduce the risk of drug-related harm. This cohort is unlikely to have ever had contact with health services in relation to their drug use.” Dr Caldicott said. In Switzerland, it has been reported that since the implementation of the pill testing service SaferParty in Zurich, there have been no ecstasy-related deaths.

The introduction of pill testing at one UK festival in 2016 occurred during a time when festival drug-related incidents in the UK were at their highest on record. The number of drug-related hospitalisations at this festival reduced by 95% from the previous year, from 19 hospitalisations to one. “There is no doubt among experts and health industry bodies that providing a pill testing service which includes face to face interactions for patrons with health and medical professionals significantly reduces harm and the consumption of dangerous illicit drugs.” Said Dr Caldicott. “With two pill testing pilots conducted in Australia having provided the data that supports this theory the onus really is on those who oppose pill testing to provide more than empty rhetoric to support their position.” Dr Caldicott continued.

The parents of 22-year-old Joshua Tam who died on 29 December 2018 at Lost Paradise music festival recently called for a change in harm-minimisation measures, saying the “just-don’t-do-it approach” to drugs was failing and that recreational use would not “magically disappear”. Jennie Ross King whose daughter Alex fatally overdosed at a Sydney music festival has voiced her support for the evidence-based harm reduction strategy and said the pill-testing debate was “getting beyond a joke” after she received a first-hand look at the logistics of testing at the Splendour in the Grass in July. Pill Testing Australia are the leaders in health and medical based laboratory grade pill testing at festivals in Australia. They are run by a group of volunteers passionate about reducing harm and providing important proven preventative health care. An independent evaluation conducted by the Australian National University will also be released later this year