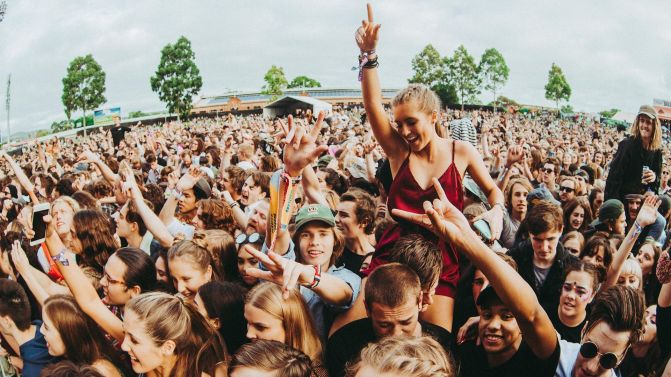 Pill testing will once again go ahead at this year’s Groovin The Moo festival in Canberra.

Heading to a new site at Exhibition Park in Canberra, aka EPiC, at the end of April, Groovin the Moo will host Australia’s second-ever pill testing trial after the ACT Government has again given the green light to the regional touring festival.

The ACT government has also extended an invitation to state and territory health ministers from around Australia to witness the pill-testing process first-hand.

“We are keen for this approach to continue on the basis of the success of the first trial and the failure of policy over many decades now to address harm minimisation adequately,” ACT Chief Minister Andrew Barr told ABC News.

“We believe that by making this service available there’s potential to save lives. In light of the experience in other jurisdictions over the summer with some quite-serious medical issues arising, there will be some additional harm minimisation measures put in place.”

Pill testing is not supported by any state or territory government, or either major federal political party, except the ACT, which conducted Australia’s first pill testing trial at Groovin The Moo in April last year. They hailed it as a success, with 85 substances tested and two potentially deadly substances found, as well as nasty off-shoots like paint and lactose.

Pill testing does not make taking illicit drugs safe and our message to the community will always be, don’t take drugs.

However, pill testing provides a health intervention at the point when someone is making the decision to take a pill.https://lnkd.in/eymNUyV

See Andrew Barr MLA’s other Tweets
“We’re gathering as much information and evidence as we possibly can through these trials to ensure this debate is an informed one,” said Mr Barr, encouraging counterparts from state and territory governments to keep an open mind about data sourced from the two pill testing trials.

“Our agenda here is to ensure that people are as safe as they can possibly be.”

Those opposed to pill testing say the process sends a dangerous message and could encourage festival-goers to take drugs.

“The evidence that we’ve seen shows that pill testing is going to create that illusion that pill taking is safe, when we know that it’s anything but, and it will lead to more people taking drugs,” ACT Opposition spokesman Jeremy Hanson told ABC Radio, criticising the ACT government’s pill testing go-ahead at GTM.

“The message that’s being sent by this is that if pills are tested then they’re safe, and that drug taking is something that the Government either condones or is reasonably comfortable with. That sends a message that’s dangerous.”

Young festival-goers have decided not to take drugs or to test their substances themselves after five drug-related deaths over the last five months.

The GTM trial will be run by Pill Testing Australia and comes in the wake of five drug-related deaths at music festivals in five months, prompting the NSW Government to investigate festival safety. However, they ruled out pill testing as an option, despite some of Australia’s biggest festivals advocating for pill testing.

NSW Premier Gladys Berejiklian has been criticised for new festival laws, coming into effect 1 March, which has seen artists, industry reps, and festival promoters band together under the banner of the ‘Don’t Kill Live Music’ campaign. An online petition protesting the policies has reached over 100,000 signatures and thousands are expected to take part in a rally in Sydney this Thursday night.