Pill Testing Australia – Give that they may know!! 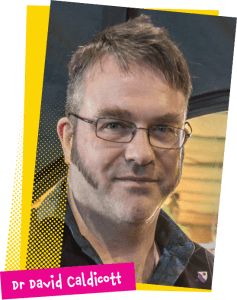 My name is David Caldicott, it’s entirely possible that you may have seen or heard me harping on about harm minimisation in general and pill testing in particular over the last decade or so. If so, sorry about the prior intrusion and apologies again for this one but it’s important stuff!

Last year, on the smell of an oily rag and the goodwill of the ACT Government & Groovin’ The Moo, Pill Testing Australia conducted Australia’s first-ever government sanctioned pilot of pill testing in Canberra. We are back again this year- bigger and better – with our second outing on April 28th.

The support from the medical and scientific community for pill testing is pretty much unanimous, no matter what some Australian politicians would have you believe.

We’ve committed to offer free pill testing trials for any state or territory in Australia and we’re asking for your help to deliver on this commitment.

Our first target is to raise $100,000 to help roll out more pill testing trials in other jurisdictions around Australia, and to buy a couple of schmick pieces of tech to do the testing (ALPHA II FTIR spectrophotometers).  We also need the money to assist with logistics, resources and volunteer travel.

While $100k is a great start, if we can come together as a dedicated progressive community and raise a bucket load more, we can really take the fight to the those who oppose this initiative and get this essential harm reduction strategy implemented nationwide.

Leave us a video message of support

Please help us make free pill testing trials a reality in every state and territory throughout Australia.
Donate Now.

(the above donations tally is calculated daily)

or donate via Crypto Currency

Send us a message to pledge your support for our campaign

1. Videos should be 15 – 30 secs long
2. No background noise please – this means we can edit them together with music later on
3. Please make sure you are clearly lit
4. Please ensure your smartphone is in landscape NOT portrait
5. If possible place the phone on a tripod so it’s steady and step back
6. When recording, look into the lens of your camera, NOT in the middle of your screen 🙂

1. Why should pill testing be available in Australia?
2. What do politicians need to understand?

This Trans-Tasman Charter represents an agreement between all the signatories on a unified approach to expand and develop best practice pill testing services in Australia and New Zealand.

Our ambassadors are community leaders who come from all walks of life. From family members of those who lost their lives, to those in power who stand for change.

We are looking for people with experience and expertise in advocacy and with their networks to be part of a team working in their jurisdiction to make pill testing a reality at festivals.

Pill testing requires doctors, chemists, health workers and other qualified volunteers willing to be patient BUT prepared to hit the ground running when the time comes.